How PAL Helped my Relationships 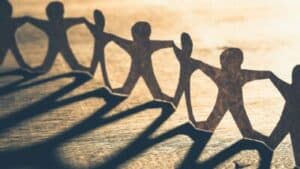 When I found PAL, I had no idea it would have such a powerful impact on so many of my relationships. Yes, I have three children I came for, but now realize I am here not only for them, but for my mom, and my brother and sister-in-law. There is a long history of substance use in my family.  My loved ones are all at different stages, from active use and destructive behavior, to being in recovery for many years.

As you all know, we watch some of the most successful, smart, loving and kind people be brought to the lowest points in their lives, making decisions that are so hard to watch, and turning into people you don’t recognize anymore. A couple of months ago I found my mom lying on the floor unresponsive from an overdose. She is currently in a rehab facility for the third time in six years.

My brother and sister-in-law had a successful business they ran together for many years. They owned a nice house, multiple cars and trucks, and had what many would call a cozy, happy life. My sister-in-law is currently using meth and homeless; my brother is doing better than he has in the past five years, but I can see it’s a struggle for him to stay clean and he has relapses to this day. I have been raising their three kids, now ages 18, 17 and 11, for close to six years.

Out of the nine children I’ve had a hand in raising, three struggle with substance use disorder.

I have a foster son who followed in his biological parents’ footsteps and became addicted to heroin at the age of 16. He went through treatment and has been successfully living a sober life for many years now. He sells cars for a living and is very good at what he does. Even as a young child he was wheeling and dealing with all his buddies, and let’s just say he always came out ahead. If you ever met him, you’d be drawn in by his charismatic personality.

I have a son who’s 28 and is the most generous young man you’d ever meet. If someone needed a jacket and he was wearing one, he’d hand it over without a second thought. He’s always been content with very few material possessions, never has been motivated by money, and would willingly work for free just to help out. Unfortunately, he has mental health issues that are exacerbated by past drug use. It’s been a challenge to say the least and our relationship is strained.

I also have a 29-year-old child who was and is a very bright individual. He could easily pass most tests without having to study. He figured out how to hack computers and set up pranks so you never knew what would happen when you logged on. Sometimes different screens with humorous words written on them would open – at the time it was annoying but now we all get a good laugh about it. His biological father struggled with alcoholism, as does he, but I’m at least grateful that right now he is functioning.

Needless to say, when I say I’ve tried everything I can think of over the years, I mean it. I’ve tried controlling, begging, bargaining, bribing, threats, enabling and even passive aggressiveness. I was successful with a few of those techniques, but it came at a cost. The cost was my health, sanity, and lost connections with some of the most important relationships in my life. As a result, I became resentful, mentally frail at times, anxiety ridden, fearful and callous. I sought out many types of help over my lifetime from the self-help section of the library to other support groups and counseling.

While those are all great methods that I recommend to anyone looking for assistance, so far PAL has been the most helpful. I found PAL through a facilitator, a friend of mine on Facebook. I am so grateful to her.  I decided to give it a try and I’m so glad I did. The PAL community is comforting in a way that I have not experienced with other groups. I have a safe place to tell my story and get feedback and suggestions.

Although I am fairly new to the principles taught, I have already started applying them in my life. Instead of being a “know-it-all” and offering more advice than anyone could handle, I now just ask if there is some way I can be helpful that is within my personal boundaries. Or instead of saying “Well, I told you this would happen!” I now just say “Man, that sounds awful. Sorry that happened.”

At times, communication with all the people mentioned here has been extremely negative. Now I respond to negativity with something more positive, like a simple statement, “I love you and want good things for you,” and I leave it at that. The response I get is generally more positive, or even no response because it takes the power from argumentative communication.

Each principle helps me better understand how to adjust my behaviors to hopefully gain a healthier relationship with my loved ones and a better quality of life for myself. I see it working and feel the positive effects already. I’m grateful that PAL has been introduced into my life.